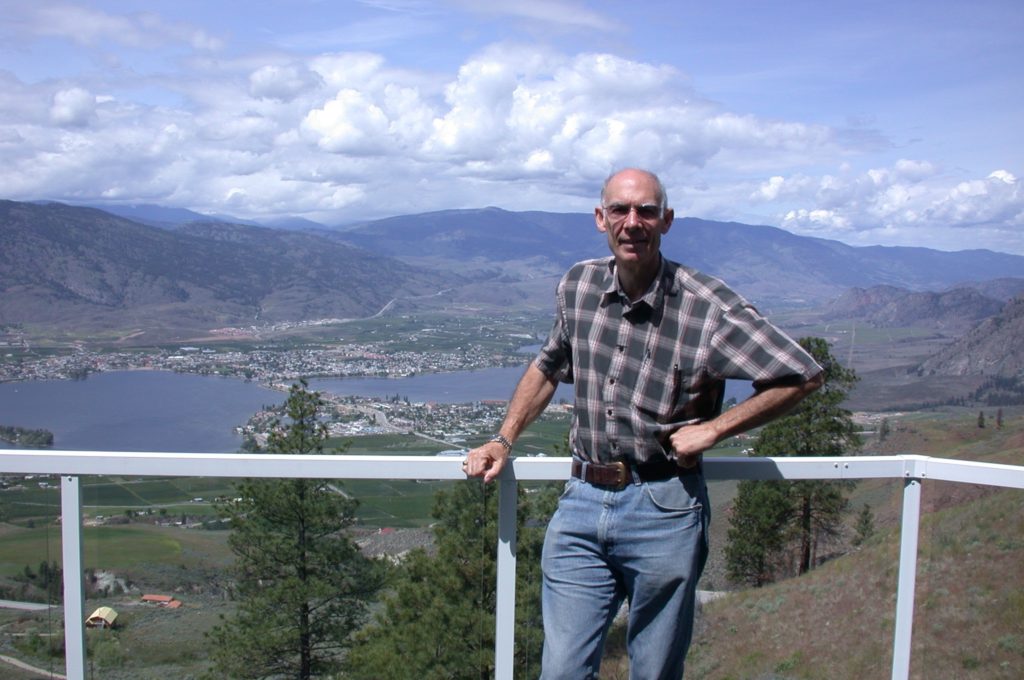 John “Jack” Borden Newton (b. 1942) is a Canadian amateur astronomer recognized worldwide for his publications and images in amateur astrophotography, both in film and CCD. Newton took his first astro photograph when he was 13 years old and has been lecturing since 16. His ground-breaking work in deep sky imagery and CCD images of the sun places him among the great pioneers of modern day astro-photographers.

While working at the head office for Sears Canada as a training manager and then later as store manager with Marks & Spencer, Newton pioneered and popularized “cold camera” astrophotography allowing for substantially longer exposures on film.

In 1991 Jack became the first amateur astro photographer to make full (RGB) color CCD images of celestial objects using a Santa Barbara Instruments Group ST-4 camera, making a full color CCD image of M57 “The Ring Nebula” and M27 “The Dumbbell Nebula”. Jack took three separate black and white images, each taken with a separate filter in red, blue, and green, which were later combined in software that was being developed for amateur astrophotography by Richard Berry, then Editor of Astronomy Magazine. Richard published the first combined color CCD image of M27 as his magazine’s cover.

In 2005, Carolyn S. Shoemaker and David H. Levy named an asteroid, 30840, Jackalice = 1991 GC2, in honor of Jack’s astro photographic accomplishments and he and Alice’s teamwork in astronomy outreach.

UK Connections Newton has had two books published by Cambridge University Press, The Cambridge Deep Sky Album and The Guide to Amateur Astronomy. He received the prestigious Queen Elizabeth Silver Jubilee Medal in 1977 for his contributions to science. He is honorary Patron of the Cotswold Astronomical Society.

The Astronomical Society of the Pacific (the largest non-profit organization of its kind in the United States): In 2006 Jack was elected by Society membership to a 3rd term of office on its Board of Trustees. During an earlier term, he was instrumental in launching Project Astro (which partners astronomers and teachers in the classroom.) Newton was the recipient of the Amateur Achievement Award of the Astronomical Society of the Pacific in 1988 for his work in Astrophotography. (This award “recognizes significant observational or technological contributions to astronomy or amateur astronomy by an individual not employed in the field of astronomy in a professional capacity”.)

Jack is a Team Member, Puckett Observatory World Supernova Search Team, and is credited with well over 200 discoveries/co-discoveries.

Lester B. Pearson College of the Pacific (Victoria, BC Canada): is a United World College promoting living together as one world.) Jack helped establish the astronomy program at “Pearson College” to which he donated his 25-inch telescope. He and Alice are both honorary patrons of the College and the College’s observatory bears his name.

Observatory B&B, Osoyoos: The Observatory B&B is an astronomy-themed bed & breakfast owned and operated by Jack and Alice Newton. Guests all receive free tours of night and day skies and optional tutorial sessions are available. Guests have reported that hearing Jack speak has been “a life-changing experience.” His great enthusiasm, knowledge and passion for astronomy has resulted in the Observatory B&B placing in the top 1% of B&B’s in Canada.

Jack’s Vision…”has been to “create an environment for discovery and learning; a place where nature reveals her treasures, and free-thinking people share their passions for life. Our Sky Village is the perfect community in which to relax, offering pristine dark skies, gorgeous surroundings, and the ultimate in tranquility. This dark, transparent oasis represents some of the best skies remaining in North America.

Royal Astronomical Society of Canada: Jack has been past-president of 3 different centers (Winnipeg, Toronto, and Victoria (twice). He was elected as a Life Member in 1978. His photos appear on this year’s cover of the 2007 Observer’s Handbook, and in the RASC calendar. He was the proud recipient of the Chant Medal and the Ken Chilton Prize. The Victoria Center created a “Newton/Ball” (Jack Newton/George Ball) award which it now gives annually as a service award.

Publications Jack’s photographs and articles appear frequently in Astronomy Magazine and his images have a worldwide following in various magazines including Skynews (Canada) and Sterne und Weltraum (Max Plank Institute, Germany). His spectacular solar images appeared in National Geographic’s 2004 special edition entitled “exploring SPACE – the universe in pictures”, Time Inc’s LIFE – the Year in Pictures (2003 & 2004), as well as Sky & Telescope’s 2004 Beautiful Universe. Jack proudly ushered in 2007 with one of his solar images representing the lead-in to the science section in LIFE: Platinum Edition Anniversary Collection — 70 Years of Extraordinary Photography.

Jack’s astro-images have appeared in the Audubon Field Guide to the Night Sky as well as Nightwatch, the largest-selling astronomy book of all time (authored by Terence Dickinson, with whom Jack co-authored Splendors of the Universe.)

Jack is a long-time member of the International Dark Sky Association, tirelessly promoting the need for preservation of the night skies as a heritage for future generations.

Hubble Space Telescope: Jack has discovered numerous supernovae, and while he is excited by each and every one, nothing can touch his elation on having SN2010O (which he discovered in January of 2010) become the subject interest by a select group of investigators were awarded observing time on the Hubble Space Telescope. They photographed the area on June 24th, 2010 in an attempt to identify the progenitor (star) in the starburst galaxy NGC 3690 in the bowl of the Big Dipper. Jack is one of 11 members of an elite international group, headed by Dr. Howard E. Bond of the Space Telescope Science Institute in Baltimore , MD. and is the first Canadian amateur to ever be awarded time as an investigator on the HST.

Using his 20″ Meade RCX400 telescope, Jack is able to observe about 600 stars in the daytime!